“The cities are seriously threatened: in what type of cities are we going to live?” 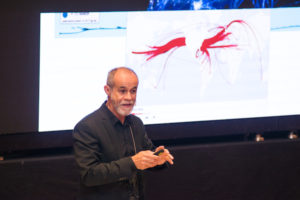 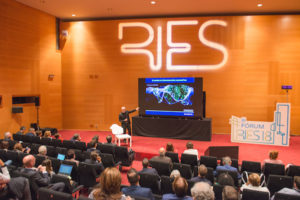 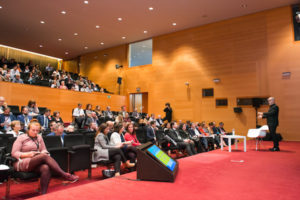 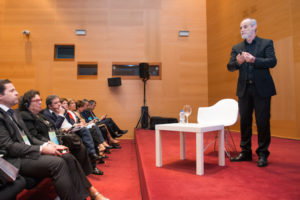 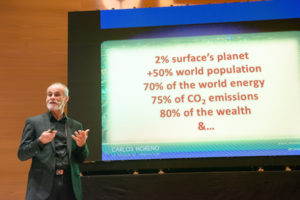 What kind of cities do we want to live in? Because, in a maximum period of five years we are going to have to radically question our urban way of life due to the serious problems that threaten current life in cities ”. Carlos Moreno, researcher at the Paris I-Pantheon Sorbonne, expert in intelligent control of complex systems, president of the InTi (Innovation, Technology and Research) and advisor to the Mayor of Paris, Anne Hidalgo, participated as a speaker at the III RIES18 Forum of Pontevedra, an international congress on Smart Cities held in the city between October 24 and 26, with a very strong proposal and, despite its initial warning, hopeful.

For this expert, both the current concept of Smart City and the situation of cities need a profound change, an unprecedented transformation. “It is a pending revolution”, he said in his conference in this forum, “whose objective is to achieve, more than cities, intelligent citizenship and ‘walkable’ cities, friendly, alive, healthy, ecological, humanized, inclusive, with technology at the service of people, resilient and that promote active aging as much as possible ”.

A change that, for Moreno happens, especially “to eliminate useless and unnecessary mobilities and distances that are traveled daily to go to work and that can be removed with tools such as teleworking”, or, he added, “enhance all the alternatives that technology allows us, although in a humanized way and, especially in big cities, to use clean energy and revolutionize its management at the service of the general interest ”.

“We are losing the battle against vital needs and succumbing to the main threat to life on the planet: climate change,” said Moreno, who charged against mismanagement and the type of energy used in European countries, ” imposed, wasteful and for the benefit of a few ”recalling that“ almost 80 percent of the world’s population lives in cities where 70 percent of the planet’s destructive consumption occurs. ”

In addition, and obligatorily, for this eminent researcher, the change towards intelligent, humanized, inclusive, healthy, resilient citizenship for all ages, goes through some inalienable needs: “water, shade and air”, since, he continued, “one One of the biggest challenges in today’s urban spaces is that 80 percent of the air is not breathable. ”

Thus, he insisted, “cities are living communities in which their inhabitants need the aforementioned water, shade and air and, in addition, space, time, silence, which have already become true luxuries.” “We urgently need,” he said, “time for social relations, for interaction between generations, races and ways of life” and, it was very resounding, “silence to avoid noise and poorly managed digital hyperconnection, in which we live permanently and that isolates us personally and socially, as if we were bubbles ”.

In this work of change it is essential, said the researcher, “to involve all administrations, starting with municipal to state”. The change, he assured, “is possible, we have all the technological, legal, technical and all kinds of tools at our disposal for it.” However, he continued, “current laws are often folded to interests that do not always respond to what is desirable to achieve this new type of cities.” To explain it, this expert mentioned the policies that, in several European cities, are giving way to cars in already pedestrianized areas “we have to banish cars, a heritage of the last century, a symbol of absurd and even macho status, today totally counterproductive day, literally wearing down the immediate and general environment.

It is transcendental, he clarified, “to change your mind, your attitude, your conscience and, for example, promote public transport and give them dignity. Using the bus, the subway, the train is still thought to be “a poor thing,” and meanwhile cars transport an average of 1.2 people daily across Europe. It is wasteful, nonsense, absurd. “