“Planning is the key to achieving smart, healthy, friendly and humanized cities” 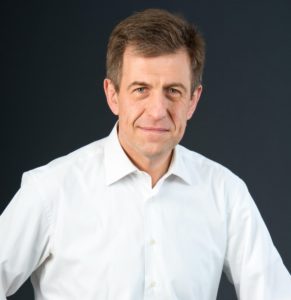 The RIES18 Forum organized by the Cluster Saúde de Galicia, brings to Pontevedra speakers of recognized national and international prestige, who guarantee the high quality of this event. A meeting that, in this third edition, is on the way to becoming a reference in its field, the health and social sector.

Josep de Martí is one of these speakers.

With a degree in Law; a Master in Social Gerontology; a Master in Public Law and Administrative Organization, he is currently director and promoter of the portal Inforesidencias.com after having worked as a social services inspector and as head of the Social Services Inspection Section of the Generalitat of Catalonia. Activity that combines with his position as professor of the master’s degree in Social Gerontology at the University of Barcelona and a postgraduate course in Residence Management at three universities.

He is also a member of the Aging Research Group of the University of Barcelona; visiting professor of the master’s degree in Social Gerontology at the Autonomous University Juárez de Tabasco in Mexico; and member of the Catalan-Balearic Society of Geriatrics and Gerontology (SCBGG).

Part of the scope of the Smart City concept claims the humanization, personalization and making technology available to citizens. For all people and for all ages. What is a Smart City for you?

A Smart City or smart city is a committed city in which both rulers and civil society agree so that innovation and technological advances are oriented to the benefit of all inhabitants. This can have a significant impact on the environment and also on the inclusion of all people, of all ages, even if they suffer from dependency or disability.

What resources and tools exist to transform cities into smart, healthy, friendly and humanized?

The key is in planning. It is not about doing “things” but rather orienting the city in one sense. Sometimes they are very complicated ideas and projects. Others not so much. For example, implement the use of traffic lights that are easily visible and detectable by older people, use artificial intelligence to program services, bus stops or adapt the means of transport so that they are more comfortable and adaptable for use by everyone. There are many areas in which work is needed.

In fact and qualifying this aspect, to what extent does technology influence and define these types of cities?

It influences a lot. Although in most cases the more it influences, the more invisible it is. Something as simple as spreading wireless Internet access points, or fast fiber-optic access throughout the city, can make it easier to launch initiatives that allow older people using a connected device to live better. Sometimes we won’t notice, but the smart city is much quieter than one that isn’t.

How should the two global demographic trends that are going to mark the evolution of all the cities of the planet, according to the WHO and the UN, face active aging and increasing urbanization?

The first thing they should do is know what is the demographic diagnosis that lies ahead. A few years await us in which in Western Europe we are going to go from 15 percent to 30 percent of people over 65. In Spain, for example, we will go from 18 percent to 35 percent. A part of these older people are going to need attention for dependency and this attention is going to depend in part on how we design or improve cities. The concept of smart city joins that of a friendly city with the elderly. If everything that is built new is done from a facilitating perspective and thinking about design for everyone, we can glimpse a slightly better future.

As an expert in gerontology, active aging, and housing and lifestyle in middle age, how can a Smart City improve the lives of older people?

It can generate security. If, for example, traffic lights, zebra crossings, buses, the subway … have mechanisms that make them more “usable”, older people will go out more from their homes.

How do elderly-friendly cities fit into all this new urban conception?

The Friendly City, the UN program that Imserso manages in Spain, goes further, a Smart City has easier and much more possibilities of becoming a Friendly City.